The Call happened at 2:22 am on a chilly morning in January of 2013. I was awakened out of a sound sleep with an unfamiliar nagging on my heart. I got out of bed and went into Weston’s room across the hall, he was only 6 months at the time, and I was sure that he was responsible for my awakened state – he was nestled in his covers, snoring. Annoyed, I collapsed back in bed but was unable to shake the feeling that The Lord was waiting for me to pray. Some of my most intimate and life-changing prayers have happened in the stillness of the night when I can’t sleep. My mind was still racing and I calmed myself into prayer.

Adoption. Yes God, good idea! Let’s pray for our friends who are adopting <insert said prayer> Adoption. For us? Oh no God. We aren’t like those precious and sacrificial people that adopt, we are the kind of people that give money to them so that THEY can do the hard work raising those poor children. No, no, no. You’re confused. Adoption. C’mon, Man. Wes is still a baby and Eden is only 2. I don’t have the time or energy for another baby. Adoption. Well, I suppose WAY into the future I can think about it. Adoption. No, really, we can’t handle it – we don’t have the capacity to handle the potential horrors and heartbreak. You’ve got the wrong family, God. Our kids are too precious. Adoption. Hayes would never go for it, we aren’t saving as much financially as it is. Adoption. Our house is too small, the kids would have to share a room. Don’t we want to move? That would be harder with three kids. Adoption. Okay God, I’ll think about it.

The next night, 1:15am, I found myself suddenly awake. Adoption. Checked on Wes again. Asleep. Back into bed, mind racing, heart thumping. Hi God. I get it. Adoption.

From that point forward, adoptions were in my face much like diamonds were when I wanted Hayes to propose, and like babies were when I wanted to get pregnant. EVERYWHERE. And not in the obvious places that they had always been, at church, bible study, etc. Students would come into my office who were adopted, a child ahead of me in line at TJMaxx, a friend from college got the same calling to adopt in the same month that I did, my mother randomly told me a story about her friend at work who is trying to adopt, Hayes’ friend’s friend from college had just adopted, the pastor who officiated my brother-in-law’s wedding was going through an adoption. Every single one of these scenarios concluded with a 20 minute conversation about how it was the best decision of their lives and how God was glorified through it. In every word, look, and thought, there was a clear and consistent nudge from God. Adoption.

THE CALL AND THE HUSBAND

I didn’t tell Hayes about The Call right away. The weather was getting warmer, his busy season as a CPA was coming to a close, and we were enjoying our new little family and watching the kids grow. I knew that if I started to say it aloud, especially to him, we would really have to face it. I knew what the bible says about adoption, but was still very hesitant to want it for my life. I knew that if I mentioned it to Hayes, it could really come to fruition, and that thought scared me.

We love going for walks, during the week when the weather is warm enough, the first thing we do when Hayes gets home is get Duke on his leash, and the kids in the double stroller and journey the 2 mile loop around the neighborhood. It’s a great time for him and I to talk and catch up with limited interruptions. On one walk in particular that Spring, we had barely left the driveway when Hayes began to tell me about his day at work and how he got a call (an actual phone call 😉 ) from someone offering a volunteer opportunity as a new board member for a charity called Angels Take Flight. It is an organization that works closely with DCF and caring after foster children and getting them luggage so that they don’t have to be transported from home to home carrying the very few items they possessed in trash bags. Hayes then proceeded to tell me the work that The Lord had been doing on his heart and how he wanted to be a part of this wonderful charity. And THEN with tears in his eyes, my husband informed me that he wanted to expand our family and look into the prospect of adoption.

We had a moment in our marriage that we will both never forget in swapping our stories of how God had brought us to this place individually, and then together collaboratively. Hayes gave the go-ahead to start researching our options. We had a long way to go, but took so much comfort in knowing that God was taking care of us and that we had a clear vision of what He wanted us to do.

“A man makes a plan in his heart, but The Lord directs his path. ” Proverbs 16:9

There is SO much information out there about adoption and it didn’t take long for me to get over-whelmed by the sad faces of children, the money that was required, and the amount of time it takes and traveling to finalize the process. I learned quickly that there are three types of adoption: International, Domestic, and Fostering through DCF.

I reached out to everyone and anyone I knew who had gone through any kind of adoption. I spoke with friends, fellow church members, social worker family members, and reached out to friends, and friends of friends. Unfortunately there was no clear path from God gathered from any of these conversations. Every single person came to the consensus, that adoption is extremely hard but it is every bit more rewarding. Hayes and I decided we had to reach out to an agency to get some guidance from a professional.

We sat on a conference call for 30 minutes on a Tuesday afternoon with a very informative woman from a local agency. She went through the steps of each kind of adoption, and the major differences between them. I wept through most of the call. I decided right then that we had no business bringing another “Murray” into this world until we do our part and help a child that is already being born into a family that will not or can not take care of it. After she hung up, I was certain that Hayes was going to say that he wanted to adopt through DCF, as there is such a great need in this country for families like ours to provide temporary homes for children, it would be a relatively quick process, and it also wouldn’t cost us anything financially. Fearfully I asked him what he thought, because I knew in that moment that it would take all of the God-given strength I had to say yes to a temporary assignment. God had given me the desire to adopt a child that would have a permanent residence with us in our home and in our hearts. Hayes surprised me and said that if could cancel one of them out it would be the option of becoming foster parents. He was getting the same feeling as I was, and even though we both will not cancel out that option in the future when our kids are a bit older, but for now he wanted to focus on either an International or a Domestic adoption.

Game. Set. Almost Match. We had it dwindled down to two!

“Trust in The Lord with all of your hearts and lean not on your own understanding. In all your ways awknowledge Him, and He will direct your paths.” Proverbs 3: 5-6

Hayes and I believe that God led us to our domestic adoption decision in three different ways: first, by way of research. We reached out to family and friends and friends of family and friends who have had first-hand experience with either the international or domestic adoption process; secondly by listening in on information sessions from two reputable agencies that specialize in both kinds of adoption; and thirdly, through fervent prayer and seeking God’s will for our lives. We have always prayed to be used for the greater kingdom and for His glory. We firmly believe that God has called us to this ministry in which we can bless a young child, their birth mother, and our family all at the same time.

Logistically, a domestic adoption offers us less travel time, granting us minimal time away from our young children, it also gives us the opportunity to meet and perhaps even mentor a birth mother in crisis. We LOVE the idea that we have the potential to have a relationship with our adopted child’s family. It also helps us in our quest to raise awareness by assisting desperate expecting mothers with an alternative to abortion (not to get too political, but we don’t believe that picketing clinics and throwing stones is what Christ had in mind as the best way to exemplify our pro-life stance. We believe that adoption is a GREAT way to show HIS love by offering a humane and healing solution for unwanted pregnancies).

All of this sounded great, but we were still having trouble with our main misconception with a domestic adoption: that we weren’t needed; that the only people adopting this way were couples who were unable to conceive on their own, and we definitely didn’t want to get in the way of someone else’s dream of becoming a parent by taking a baby they could have…we are, afterall, already parents. Through our research we learned that there is a HUGE need for people like us to step up. Not only overseas, but here in the U.S. there are more birth moms waiting for a match than there are couples willing to go through the process.

THAT was our affirmation.

THIS is our opportunity.

We prayed to be used by God.

We are answering The Call.

“For I know the plans I have for you,” declares The Lord, “plans to prosper you and not to harm you, plans to give you hope and a future.” Jeremiah 29:11

Grab a cup of coffee, click here, and scroll all the way to the bottom to see the rest of our journey and watch God’s faithfulness and perfect provision unfold. To Him be all the glory! 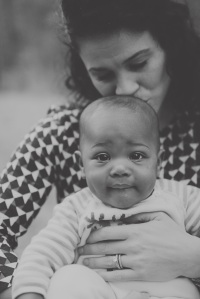 4 thoughts on “How We Got Here”